It becomes increasingly true that the faithful child of God has no place in the world — and especially in the world of education. While government maintains a “neutrality,” it is a neutrality which allows only for secularism and atheism. An article in Liberty, a Seventh-day Adventist magazine, January 1980, makes this plain:

LEMMON, South Dakota — A high school biology teacher, Lloyd Dale, may lose his job for exactly the opposite reason that John Scopes was tried in Tennessee a half century ago.

Mr. Dale continues to teach creation in his sophomore biology classes as an alternative to the theory of evolution, which became standard in biology textbooks since the Scopes “monkey trial” in Dayton, Tennessee, in 1925.

“I maintain that evolution and creation are both philosophical views,” said Mr. Dale. “Neither is provable.”

School board members, fearing the curriculum could violate a student’s First Amendment right to religious freedom, have tried to fire Mr. Dale, a fundamentalist preacher.

“Churches and parents have the right to teach their children religion,” said Ruth Berg, board president. “And that’s what we’re trying to protect.”

Mr. Dale teaches his students that a superpower created life about 10,000 years ago, a concept that he said is better supported by scientific evidence and fossil records than evolution.

Last spring, the board voted to fire Mr. Dale, who has taught at Lemmon High School for fifteen years. They rehired him, but changed textbooks, adopted guidelines for the course, and warned the teacher to follow the guidelines or face the loss of his job.

To be a Minister

Now-a-days one wonders just what is required to become a minister — at least within the major denominations of our day. It appears that the heretic is accepted and honored — but one who still insists on maintaining some of the principles of Scripture is rejected. But such is also the testimony of Christ that this should be in the last days. Two reports are given in the R.E.S. News Exchange, December 4, 1979:

Conservatives in the United Presbyterian Church USA (UPCUSA) are growing increasingly restive as their denomination moves toward openly tolerating the denial of Christ’s deity. The specific case is the reception of the Rev. Mansfield Kaseman by Capital Union presbytery after he openly denied that Jesus is God. An appeal to the Synod of the Piedmont was turned down by the Permanent Judicial Commission of the Synod. The issue will now come before the General Assembly’s Permanent Judicial Commission which is expected to render a final judgment sometime after the first of the year. Meanwhile the presbytery has proceeded to install Mr. Kaseman. Commenting on these developments, Dr. John H. Gerstner, professor of Church History at Pittsburgh Seminary, feels that the possibility that the denial of the deity of Christ may be upheld by the UPCUSA’s Permanent Judicial Committee threatens the very essence of the Church. By permitting the denial of a central Christian doctrine, the denomination formally will have made apostasy legitimate. That may well lead — if it happens — to the “legitimate withdrawal of a block of conservatives from the UPCUSA.”

Dr. Gerstner sees this issue as potentially far more threatening than the issue of women’s ordination. With such an issue conservatives can live. The open espousal of the denial of Christ’s deity, however, constitutes apostasy. And though the conservatives are a minority, pressures arise within congregations to throw off their UPCUSA affiliation. The 2.7 million member church has 8,600 congregations.

The same periodical presents the opposite extreme: a refusal to ordain a man who holds to the historic, and we believe Scriptural, position of ordination of women to office:

On a vote of 5047 the Presbytery of East Toronto of the Presbyterian Church in Canada refused to license Mr. Daniel MacDougall for ordination. The applicant, a graduate of Westminster Seminary in Philadelphia, indicated that, while being able to affirm the Ordination Vows and to work with ordained women, his conscience did not permit him to participate in the ordination of women as ministers or elders.

Those opposing Mr. MacDougall’s application argued that his stance might lead to an attitude of discrimination against women. Those supporting him argued that since he could answer the ordination questions affirmatively the Presbytery had no right to deny him licensure. The decision will be appealed and stands to become a test case on the issue.

The Outlook, December 1979, quotes from Calvin College Chimes that treats the subject of “Christian rock.” The subject rose in connection with the cancellation of a “public relations tour” of a Calvin musical group called “Kyro.” It appears that the “rock music” of the group was the cause of this cancellation. An interesting discussion on “rock music” is presented by Calvin Stapert of Calvin’s music department. Those who might have inclinations towards this sort of music ought to read the entire article. Occasionally, one finds that our young people find pleasure in this sort of “music.” The professor concludes by stating:

I will approach the question from three different angles. First, I will list some of the adjectives which must immediately come to my mind when I hear rock music. Second, I will call to attention those segments of our culture which have most readily embraced rock music as their own. Third, I will mention the most prominent stylistic features of rock music. I think the reader will notice some connections among the results of these three approaches.

Adjectives that come to mind when I hear rock, music are frenzied, violent, angry, sensuous, vulgar, and so on. Of course, all this might merely be in the ear of the listener; another listener might hear something quite different in the music. Clearly we will not get very far with this approach alone. We need some way to check on the reliability of the ears doing the hearing.

My second approach is through association. Although this is hardly an infallible way of getting at the ethos of music, I think something can usually be learned about music by, if you will, the company it keeps. Rock music has been fostered and embraced by those segments of our society which are “into” drugs, illicit and perverted sex, and rebellion. Another kind of association includes movements, postures, and facial expressions. These are usually sensual and obscene, sometimes subtly so, more often blatantly so. I see fittingness in both kinds of associations with rock music, a fittingness which makes it unlikely that the associations are accidental and which says something quite clear about the ethos of the music.

The most obvious stylistic features of rock music are incessant repetition and consistent use of extremely high levels of volume. I have already indicated that I think this is symptomatic of its artistic impoverishment, but I also think it reveals something fundamental about the nature of rock music. It is a music which bombards the senses to the point of insensitivity; it is an incantation; it is a drug. 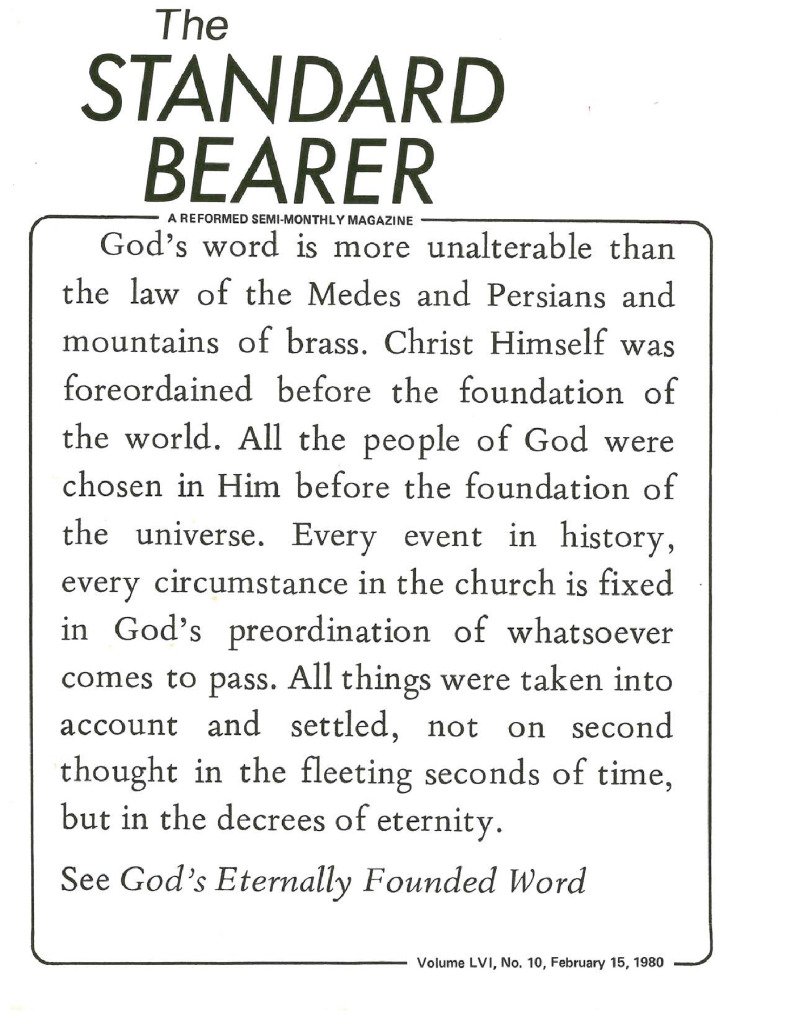