About This Special Issue

About This Special Issue

This is the third, and final, special issue of our current volume year. It is the fourth special issue devoted to the so-called Five Points of Calvinism, and it is devoted in its entirety to the subject of Irresistible Grace.

In this instance the popular order of the Five Points of Calvinism—designated by the mnemonic T-U-L-I-P—and the order which we are following, that of the Canons of Dordrecht, coincide: in both the doctrine of Irresistible Grace is fourth. However, in our Canons it is not designated as “Irresistible Grace” but as the doctrine of Man’s Conversion to God and the Manner Thereof. This doctrine is treated in Articles 6 to 17 of Canons III, IV. And, as might be expected, it is treated in a very restricted fashion, that is, from the viewpoint of Reformed opposition to the errors of Arminianism.

In this special issue we will not limit ourselves to the scope of the Canons. Actually, of course, the subject of Irresistible Grace includes all those doctrines which in Dogmatics are treated under “Soteriology” or the Order of Salvation.” Even the doctrine of Perseverance, though it is treated separately as the last of the Five Points of Calvinism and though we shall also treat it separately, belongs in this category. And our treatment of this Fourth Point shall be more inclusive than our Canons. Besides, there are related subjects which are significant. Among these are that of the so-called “Free Offer,” the subject of the relation of Irresistible Grace and Preaching, and the old question, “Does this doctrine make men careless and profane?” These subjects will also have a place in this issue.

For the meditation this time we have chosen an appropriate reprint from the pen of the late Rev. Herman Hoeksema.

In behalf of the Staff’s committee, I hereby express sincere thanks to all who contributed to this special issue.

May our readers profit. 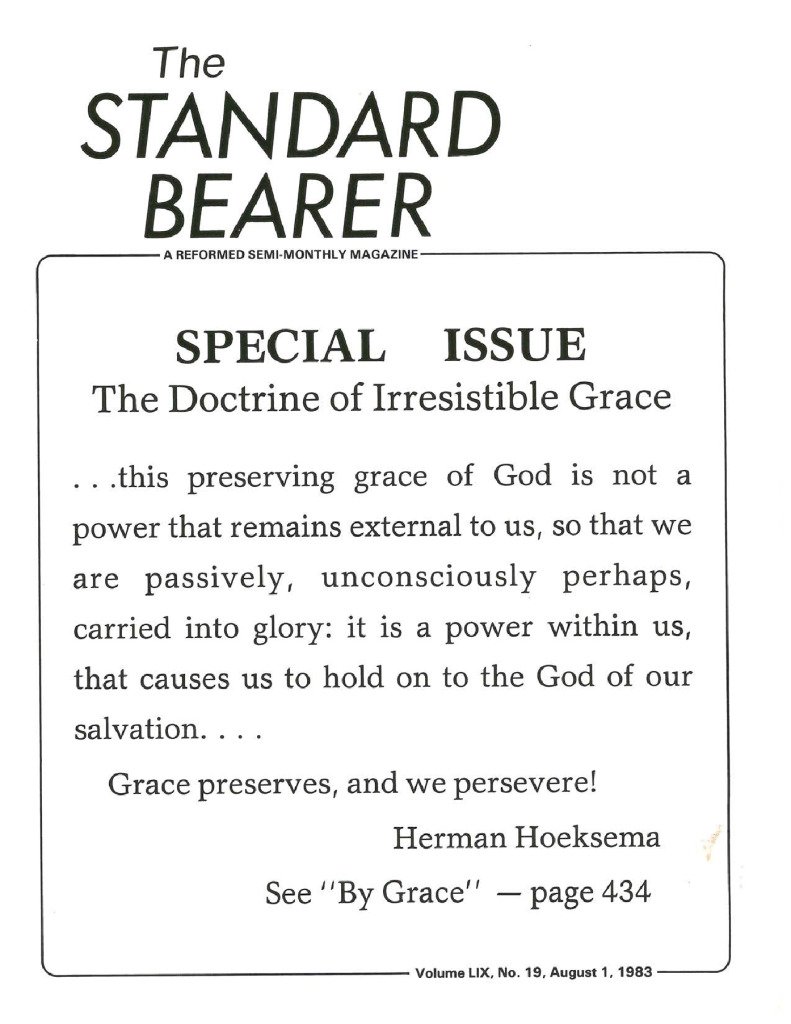