Regarding “Reformed Methodology” in determining truth referred to Feb. 15, 1977 consider the following:

An exegete must search the Scripture. A minister in preparing a sermon (and there is no principle difference with a synodical study committee) must not first consult commentaries, confessions, etc., but he must sit down with his Greek and Hebrew Bible andexegete. He must study the words, the sentences, the context, the whole Bible that bears on that particular text. This is the fundamental task of an exegete. He must prayerfully give himself body and soul to the guidance of the Holy Spirit and come to a conclusion which he understands to be the Word of God.

2. Then he consults commentaries, Reformed confessions, Reformed writers, etc. This is important. A Reformed exegete does not work independently, he values the mind of the Spirit as He guided the church in the past, especially in the official confessions of the church. Such an exegete does not live independently in the present, neither does he live in the past, but he lives out of the past in the present day.

We appreciate your concern to be Reformed, but we must not over-react and lose the Reformed truth of Article 7 of our Belgic Confession.

Note: I will reply to colleague Kortering’s contribution in the next issue.—HCH 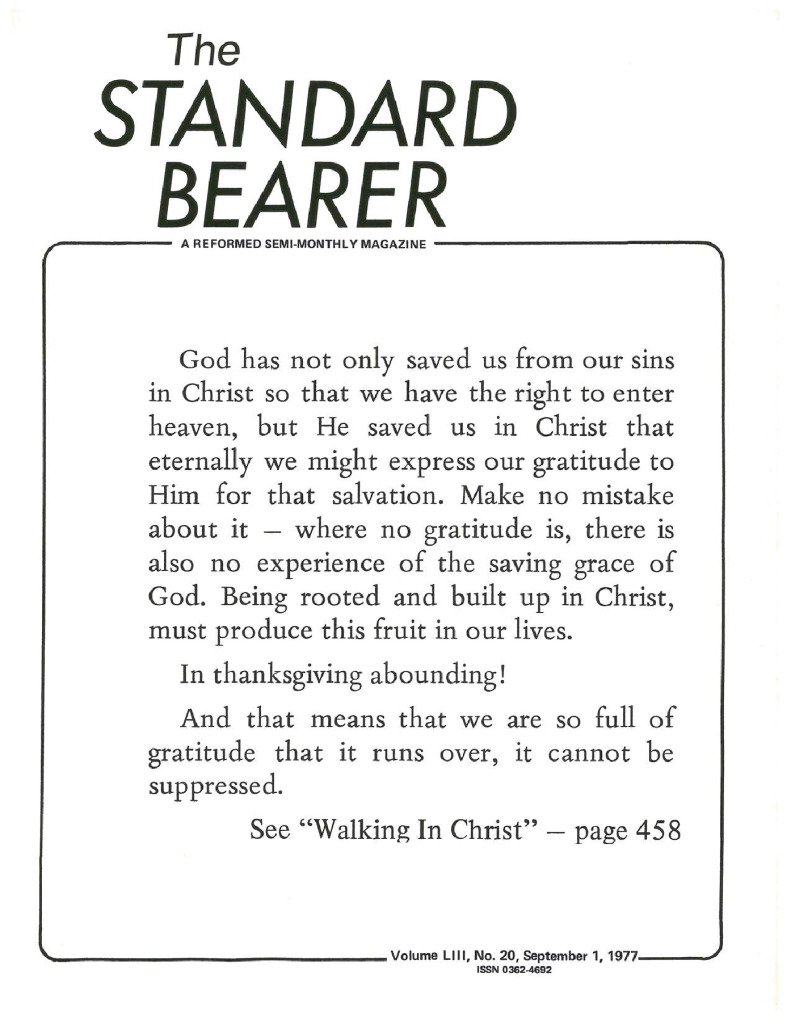