The above picture (courtesy of Mr. L. Lubbers) was taken at the conclusion of a conference of the ministers and elder-delegates of our Western churches, held at South Holland, Illinois on Tuesday afternoon, March 4. To this conference the ministers of Classis East and also the faculty and students of our seminary were invited; some of the ministers and all 6f the seminary personnel accepted the invitation. Ah this meeting the Rev. D. Engelsma presented a paper on the genealogy of Jesus, and this paper was then made the subject of the group’s discussion. Rev. Engelsma’s paper, by the way, will be published in the spring issue of our Theological Journal, along with a summary of the discussion prepared by Prof. Hanko.

I would describe this as a worthwhile conference. In the first place, it was worthwhile because of the fellowship which we might enjoy together. There are very few occasions when our ministers get together on other than the formal, usually busy, official occasions when our assemblies meet. This meeting went at a rather leisurely pace; it was conducted on a rather informal basis; and it was a meeting not characterized by the “must” which always marks a meeting like those of classis or synod. Moreover, instead of official ecclesiastical business, the paper and the discussion were devoted to something which ought to have the love of any minister’s heart, an exegetical subject. At the end of the meeting there was time left for those informal chats with friends and colleagues, chats which were continued at the delicious dinner served by the South Holland ladies. Yet, in the second place, a meeting like this is far from a waste of time. Not only were there the intangible benefits of fellowship and contact of brethren; but there was instruction and discussion of a very solid kind about a Biblical subject. This I count worthwhile for all concerned.

By an informal motion it was decided to have another such conference at a time when Classis West meets in Illinois. It was also agreed to distribute the paper in advance, in order that all may come prepared for discussion. The brethren of Classis West hold such a conference before every meeting of Classis, I understand. And those in charge of arrangements for those meetings will also make the arrangements for the denominational conference. We of the seminary look forward to the next meeting, the Lord willing. And once more I strongly recommend that all our ministers make it a point to attend in the future. Such meetings are a time of refreshment. I am sure that I express the sentiments of all who were invited when I say “Thanks” to our brethren of Classis West.

I am sorry that I cannot furnish identification with the photo: who would think that Reformed men would form such crooked lines? 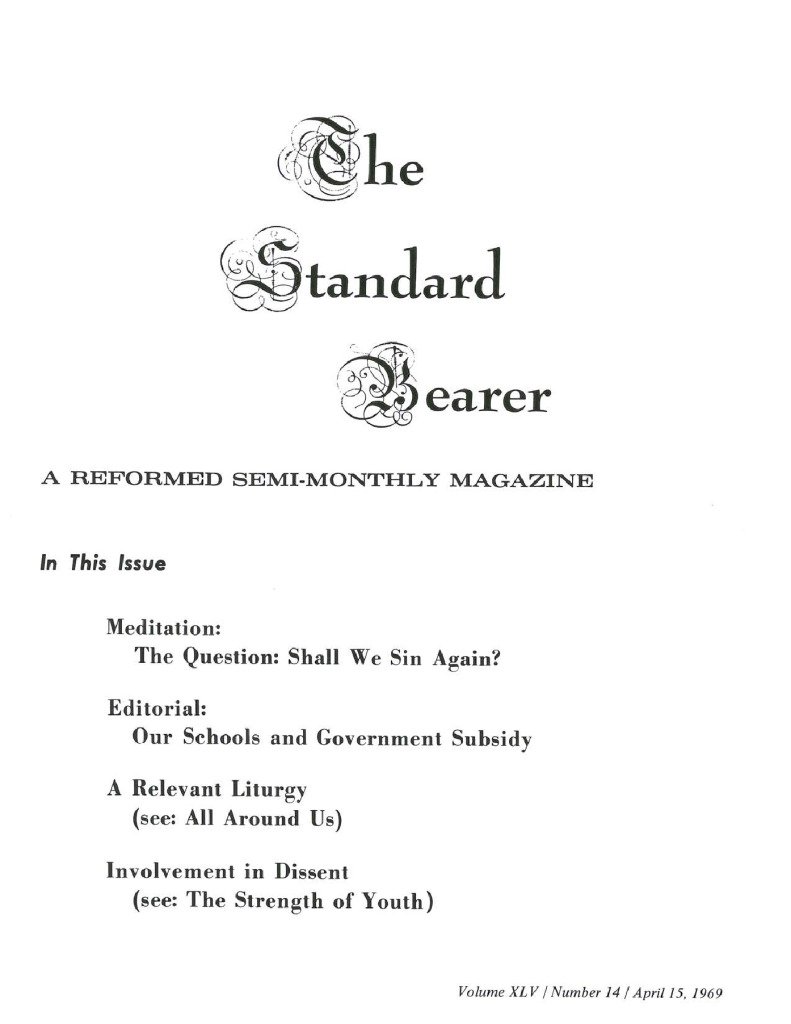