Our translators do not speak in Proverbs 31:10 of the “virtuous” but of the “real” housewife, and there is some difference here. In our times at least, one thinks of a “virtuous” housewife as one who is reliable, good-natured, and home-loving; but he who speaks of a real housewife means not merely an honest and good person, but one who is truly meritorious as a housewife.

And such was the meaning of the Proverb-poet.

In this beautiful song, in which Lemuel outlines the picture of the real housewife, almost no mention is made of the quiet virtues of this woman.

It says “that she feareth the Lord”; but this, too, is not taken subjectively, but objectively. A woman who shows in her housekeeping that she does not pursue vanity, but feareth the Lord, she shall be praised.

For it says: “Favor is deceitful and beauty is vain, but a woman that feareth the Lord, she shall be praised.”

Over-spiritual people will find this very prosaic; but such is Holy Scripture.

Does not Holy Scripture say of a minister or elder that he who doth not know how to rule his own house is worse than an infidel—which of course means to say that such a one injures the church of Christ more still than an infidel?

But actually the fundamental thought in both Old and New Testaments here too is one.

The real minister or elder must first rule his own house and then the house of God.

So the real housewife is evident first in this, and most in this, that she shows herself capable of taking good care of her house and of ruling it well.

The words themselves of the Proverb-poet indicate this.

That for which this genuine housewife is praised consists of six tings: first, that she takes good care of her husband; second, of her children; third, of her maidservants; fourth, of the poor; fifth, of her goods; and sixth, of her house.

She cares for her husband.

This stands at the head in verses 11 and 12 as her first marriage obligation: “The heart of her husband doth safely trust in her, so that he shall lack no good thing. She doeth him good and not evil all the days of her life.”

Then she cares for her children.

Read it in verses 26 and 28: “She openeth her mouth with wisdom; and in her tongue is the law of kindness. Her children arise up, and call her blessed.”

In the third place, she cares for her maidens.

This you see in verse 15, where it reads, “She riseth also while it is yet night, and giveth meat to her household, and a portion to her maidens.”

In the fourth place, she cares for the poor.

“She stretches out her hand to the poor; yea, she stretches forth her hands to the needy” (v. 20).

This is her care for her live goods.

And this care for her live goods is so brilliantly crowned, that her husband and her children receive honor in the gate of the city, and every one in the gates praises her by reason of the works of her hands.

But this does not satisfy her.

The largest place in Proverbs 31 is devoted to her care for her goods and her house.

Especially for her goods.

And this genuine housewife did not harbor the idea that her husband must earn everything, and that she needs but live on his money; but she herself was diligent, she worked in the hours which she saved to prepare wares for sale, and these she did so well that they fetched high prices, and thus brought in gains, even to the extent that she was able to lay by and buy herself a field.

She spins and embroiders and makes ornaments.

Read it in verses 13 and 14: “She seeketh wool, and flax, and worketh willingly with her hands; she is like the merchants’ ships; she bringeth her food from afar.”

After that again in verses 19 and 22: “She layeth her hand to the spindle, and her hands hold the distaff. She maketh herself coverings of tapestry; her clothing is silk and purple.”

And these products of her hands she sells. See it in verses 17 and 18 and 24: “She girdeth her loins with strength, and strengtheneth her arms. She perceiveth that her merchandise is good; her candle goeth not out by night. She maketh fine linen, and selleth it; and delivereth girdles unto the merchant.”

And with that merchandise of what she herself spun and embroidered she is so prosperous that she lays by a small fortune.

So says verse 16: “She considereth a field, and buyeth it; with the fruit of her hands she planteth a vineyard.”

And what finally concerns her care in the narrower sense for house and household, in this too she does excellent work.

She wastes no time in sleep, but works evenings longer than it is day, and in the morning she is the first out of bed.

She is most careful too as to her own personal appearance: “Her clothing is fine linen and purple. Strength and honor are her clothing”—which means that she wears articles of good quality, and knows how to do this with taste and good form.

She has an eye to the whole house—the halls, the garrets, and the cellars. She is always busy. “She looketh well to the ways of her household, and eateth not the bread of idleness.”

Yea, to add this to it also, she cares not only for her goods and for her household, but also for the house itself.

As it says in verse 21: “She is not afraid of the snow for her household; for all her household is clothed with scarlet”—something that is to be understood of Eastern houses like this, that when there was no paper yet, the walls were hung with tapestries; and this was done with double thicknesses in winter, that the indoors might be the warmer.

All this the Proverb-poet adds together as marks of a housewife that feareth the Lord, and who for the sake of the fear of the Lord responds to her high calling as mistress of the house.

This was not yet the Christian woman, but a Jewish woman, who lived in the fear of the Lord.

And he who in the days of the Reformation takes the Christian woman at her best knows in how serious and substantial a way the real housewife acquitted herself of her task as wife to her husband, as mother to her children, and as mistress of the house to her servants.

So was, and sometimes still is, the real housewife, to whom God grants, according to verse 25, “to rejoice in time to come.”

That not every woman can be like this is granted.

Not every woman has this physical strength and welfare at her command. Not every woman is endowed with such strength of mind, wisdom of insight, and admirable power of will.

And He who knows the talents of every one, here too shall pass a righteous judgment.

It must also be granted that with present-day factories and stores, a woman is now no more able by her spindle and embroideries to lay by competencies.

With the change of times this too is altered.

But when the genuine housewife in old times so cared for her husband, children, and servants, and then had time left for spinning and embroidering to earn enough money to buy fields, how much greater should be the care for husband, children, servants, and houses now, when the “real housewife” is under no more necessity to embroider for trade, and is able to give all her time to her household!

You realize, that the task and calling of caring for the interests of the home is so much the more urgent.

And in these days so many fall short in this, who, alas, thereby stand behind even this Jewish housewife.

And when by reason of this the reading of Proverbs 31sends the blush to the cheeks of many of our women, is there then no cause for laying hold of oneself in the fear of the Lord, and of doing what it says in verse 17: “She girdeth her loins with strength, and strengtheneth her arms”? 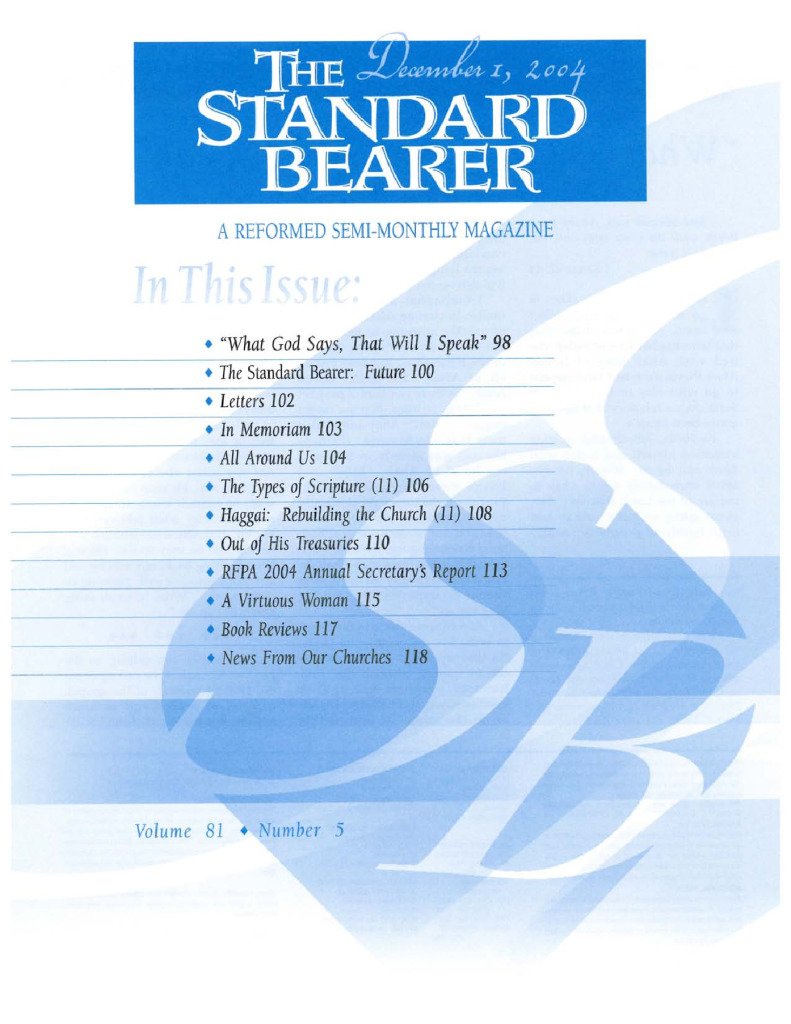