A Reformed Look at the New Age Movement (1)

A Reformed Look at the New Age Movement (1)

Rev. Houck is a home-missionary of the Protestant Reformed Churches.

The New Age Movement is not a structured organization like the Mormons or Jehovah’s Witnesses, but is a loosely connected movement. It is made up of all kinds of different people—some who adhere very closely to its beliefs and practices and others who embrace only some of them. This is one of the fastest growing movements in the country. That is why we must be concerned about it. This movement is extremely anti-Christian, anti-God, and anti-Christ. Its beliefs and practices are directly contrary to all that we believe as Christians.

The contemporary roots of the New Age go back to the counterculture of the past decades. The beatniks of the fifties and their fascination with Zen, the Hippies of the sixties and their acid dreams and Eastern gurus, and the human potential movement of the seventies with their mysticism, all came together in the eighties to form the New Age Movement.

Ultimately, however, the roots of this movement go back to some of the oldest religions in the world—the Eastern mystical religions. The New Age Movement is a Westernized version of Hinduism, Buddhism, Japanese Zen, and Chinese Taoism. It has also been influenced by the Gnosticism of the early church, the paganism of ancient Greece and Rome, and Spiritism and Occultism. Thus the New Age Movement is a mixture of spiritual, social, and political forces that are extremely anti-Christian.

The adherents of the New Age Movement believe that the world is God, that God is a force, and that we are all a part of that world force. They believe that man is God and therefore good. He has within him infinite potential if it can only be brought out. Their highest goal is to become enlightened so that they are conscious of their oneness with God. In their search for enlightenment, they involve themselves in all kinds of wicked practices such as mysticism, spiritism, the occult, witchcraft, yoga, transcendental meditation, and ESP. They worship the earth, goddesses, and even the devil.

This is so far out that we might think that few would ever fall for this kind of thing. The very opposite is true, however. The influence of this movement is everywhere. It has been said that this movement has the potential to be as sweeping as the Renaissance and Reformation. It is the fastest growing “alternative belief system” in the country—not just among extremists, but among the well-educated middle class. It touches every aspect of contemporary life. It can be seen on the television, in movies, in the newspapers, and even at your local health-food store. Sports and exercise programs, motivational training, psychological counseling, and religious classes are all pipelines for New Age thinking.

New Age beliefs and practices are very popular among movie stars. Shirley MacLaine is an outspoken proponent. Others include: Linda Evans of Dynasty, Helen Reddy, Tina Turner, and Sharon Gless. The singer, John Denver, is deeply involved in the movement.

But this movement is also having a tremendous influence upon respected professions such as the medical profession. Many physicians, even though they may not adopt the religious aspect of New Age, practice the holistic method of health care. Community mental health centers in the state of New York have used spiritism as a supplementary healing system since the mid-1980s. Many psychological institutions and counseling centers teach and. practice New Age principles.

The New Age Movement is making a big impact upon corporate America. A 1986 survey indicates that more than half of the Fortune 500 companies surveyed used some form of consciousness- raising technique. Such firms as Merrill Lynch, Ford, Westinghouse, RCA, Boeing, Scott Paper, and Calvin Klein have sent employees to seminars conducted by New Age groups.

The New Age has found its way into the public school system. In Los Angeles City Schools children have been taught to imagine that they are one with the sun’s rays. They are told that they are part of God. New Age practices are used in training athletes. Its influence can also be seen in music and art.

Many of our politicians adhere to the principles of this movement. Congress has funded many New Age projects. Even the military has come under the spell. At one time there was a military battalion called “First Earth Battalion” which was to be a New Age militia of warrior monks attuned to resolving conflict through yoga, meditation, and the martial arts.

The New Age Movement has even influenced the Christian religion. It is openly embraced by many of liberal Christianity. “The power of positive thinking” of Norman Vincent Peale and Robert Schuller bears a striking resemblance to the human potential philosophy of the New Age Movement.

This great influence ought not surprise us, for it is the stated goal of the New Age Movement to transform the world. They want New Age beliefs and practices to become universal. They even have a political agenda to bring this about. In fact, that is how they received their name. They seek the coming of a new age.

In order that we might recognize the great danger which this movement represents and be able to resist its influence, I would like us to take a Reformed look at the New Age Movement. First, I want to explain the beliefs and practices of this movement. Secondly, I want to examine those beliefs and practices in the light of Holy Scripture. Finally, I want to suggest ways in which we can avoid the errors of this wicked movement.

The most basic principle which underlies all the beliefs and practices of the New Age Movement is the principle: all is one. Ultimately there is no difference between God and man, birds and trees, flowers and rocks. Any apparent difference between things is not real. The World is pure and undifferentiated. This “one” is described as energy, consciousness, life force, principle, or even mind. This oneness includes mankind. Humanity, like everything else, is only an extension of the “one.”

Since all things are one, including God, it is but a short step to conclude: all is God. All things are not only one but all things partake of one divine essence. Man is God. Animals are God. Plants, rivers, mountains, trees are also God. Everything is God. This erroneous view of God is called Pantheism. That all is God means that God is not a personal God. If trees, rocks, rivers, and mountains are all God, He can not be a personal God. Rather He is an impersonal force or energy.

This leads us to one of the most important principles of the New Age Movement: humanity is God. You are God and I am God. Every person is God. Man, like everything else, is a mode of expression of this one life force or energy.

One promoter of the New Age Movement put it this way: “It has long been held that whoever denies God asserts his own divinity. In dropping God, man recovers himself. It is time that God be put in his place, that is, in man, and no nonsense about it.”

Shirley MacLaine, in one of her TV programs, stood on Malibu beach and shouted, “I am God.”

Another advocate of the New Age philosophy went so far as to say, “Kneel to your own self. Honor and worship your own being. God dwells within you as you!”

Because man is God there is within every individual infinite potential—infinite knowledge, power, and truth. It is all there just waiting to be unlocked.

That raises a very important question. Why aren’t we experiencing the fact that we are God? What is the problem? The New Age Movement answers, “The problem is ignorance.” We are blind. We all have metaphysical amnesia. We have forgotten our true identity. They blame that on our Western culture, specifically rationalism and Christianity. For this culture of ours has deluded us with a fragmented vision of ourselves and the universe so that we do not see true reality.

The solution to this problem is found in a change of one’s consciousness. We must have an awakening experience by which our divine nature is actualized. This change in consciousness is known by many different names. It is called a transforming experience, a cosmic consciousness, God-realization, enlightenment, illumination, nirvana (Buddhists), satori (Zen), and at-one-ment (Hindu). This change in consciousness is accomplished by many different means such as: transcendental meditation, yoga, chanting, mood-altering music, mind-expanding drugs, religious mysticism, guided imagery, balancing of energies, hypnosis, body disciplines, fasting, the martial arts, mechanical devices that measure and alter bodily processes, and various mental programs.

Since all is one, so that there is no distinction between things, much of our world is considered to be only an illusion—a matter of our own darkened consciousness. For instance: disease and suffering are illusions. They can be eliminated simply by altering your state of consciousness. Even death itself is not real. War with all of its killing and pain is not real. Thus a New Age advocate said of the Vietnam War, “If we all stop thinking about it, if we all stop agreeing on its objective reality, it will cease to exist.”

One New Age advocate put it this way, “If you had come to the realization of your own divinity you could do anything, even rob a bank, and it would be all right.”

Therefore some of the New Age Movement are involved in very evil things such as drugs, illicit sex, the occult, devil worship, witchcraft, abortion, and even murder. The infamous Charles Manson was involved in several New Age groups when he committed his heinous crimes. He said that he saw himself free to kill since he had reached a state of consciousness with the One which put him beyond morality where there was no good or evil. 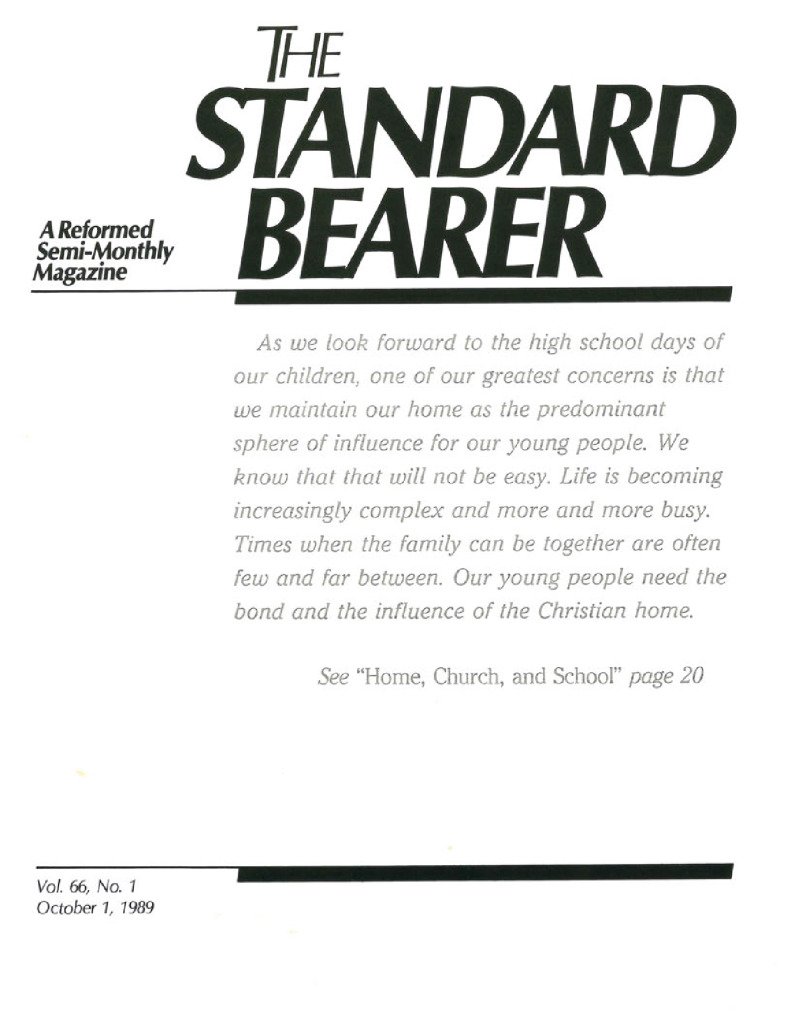