Vol 54 Issue 05 12/1/1977 By: Kuyper, Abraham, in Translated Treasures, Pamphlet Concerning the Reformation of the Church

We make only a short statement by way of introduction to the following pamphlet.

Just because the Reformation of the church is now a relevant issue, Luther’s 400th anniversary has a more urgent significance.

Also in Luther’s day men did not thoughtlessly begin the demolition of what was incurably filled with dry rot. A lengthy and earnest study of church polity preceded Luther’s appearance, and in a number of writings the matter of the Reformation of the churches was at that time earlier advocated.

Without such a preparation only a chaos would have resulted from Luther’s work.

But the fact was that almost everything righted itself after the break which he brought into existence; and indeed it is amazing how in those days of the Reformation the most correct ideas concerning the church, church polity, and church administration were developed by preachers, elders, and churches.

We are, alas, not at present, that far.

Indeed the reformation of our churches is in order, but the opinions concerning it are too far apart. There is still lacking a consensus. The way in which it must go is still in many respects uncertain.

This leads to a disagreeable friction and a division into groups which are consequently impure because many drift along with the tide and thus often separate what belongs together.

Yet the momentous work of reformation in our churches must not suffer under this. Whether God the Lord still wills to prolong the judgment under which our churches still are bowed, lies in His free will. But nothing discharges us from the obligation of obedience to seek in the way. of means the healing of the fracture in His churches.

The misery which came over our land and over the souls of men through so miserable a state of the church and continues to be more threatening, is too great.

The key of knowledge is lost. Unstable spirits float along with every wind of doctrine. The house of our God becomes a mockery. And the more tender virtues of esteem and piety already begin to be in danger in the best circles of our land.

On that account it appears advisable to me that those men in our midst whom God the Lord has given opportunity for thinking into and studying this momentous question ought to put their ideas concerning the reformation of the church in an orderly fashion in a book.

Loose articles in a periodical always treat the question piecemeal, and even in oral debate one does not make any headway without preparation.

Only when anyone who is of the opinion that he can point out a beaten path and has set forth his ideas in order and in relation to each other in a book can an orderly discussion of the question begin, and the possibility of treating the matter with clearer consciousness of the issues is made possible.

And it is for this reason that I have set aside my free hours this year in order not to be lax in matters where I have admonished others, and to begin to subject my own ideas, as good or bad as they may be, to the judgment of my brothers.

I attempted to arrange my work in such a way that men can see through the clear water to the bottom.

A division into paragraphs is done so as to facilitate looking up various subjects.

Although this pamphlet presents only a dim shadow of what a “handbook concerning reformed church polity” ought to be, yet I foresaw the possibility that men would let this pamphlet serve as assistance in that direction for the time being until one of our professors in church polity would give us that indispensable handbook.

And herewith this work is recommended to the good favor of our God, to the love of the brethren, and the kind judgment of experts.

My reward shall be overflowing if it appears that this pamphlet of mine contributes something to the reformation of those churches of the fatherland which have all the love of my heart. 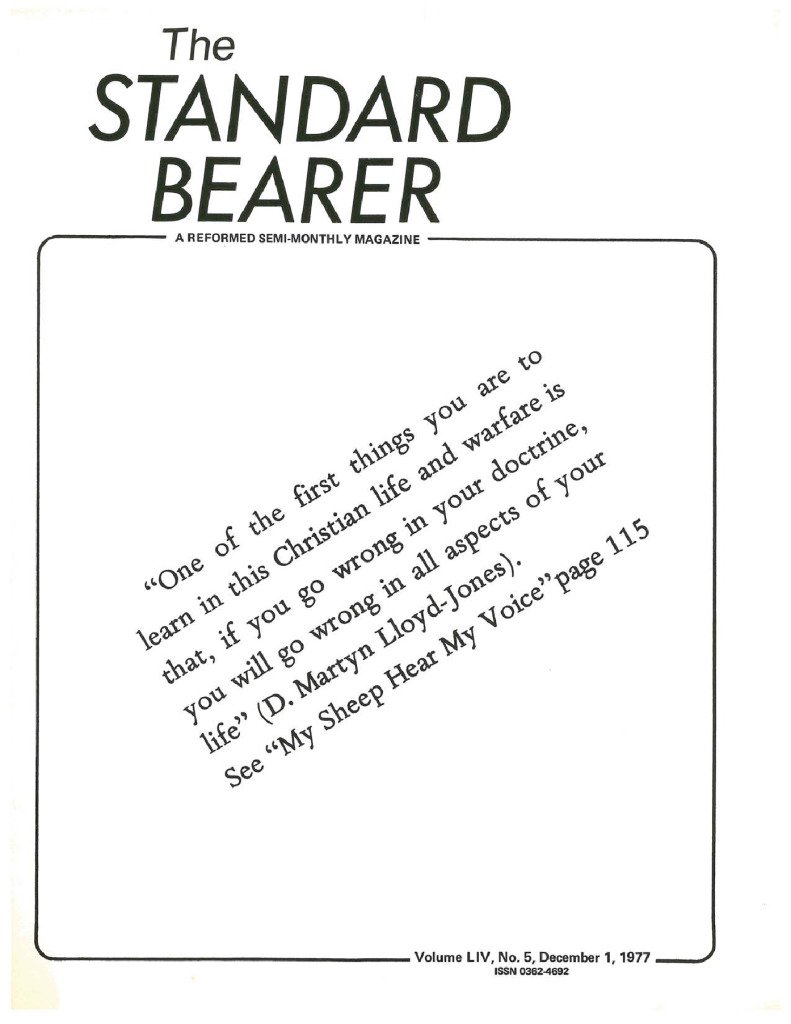