Vol 55 Issue 20 9/1/1979 By: Kuyper, Abraham, in Translated Treasures, Pamphlet Concerning the Reformation of the Church

(Kuyper has been talking in general about the matter of authority in the church. He is in the process of discussing different types of church government. In the previous article, he discussed the Romish system of church government. Now he turns in this article to the Lutheran system and other systems.)

The Lutheran Church attempts to solve the question of the best form of church government in an entirely different way. Her system is actually the same as that which was promoted by the Remonstrants in our land and in the name of Erastus in England. And, after the appearance of Thomasius, it is best known by the name of the Territorial System, i.e., the system that the one world-church splits and divides into as many parts and fragments as there are royal provinces, each of which has its own sovereignty. This system is diametrically opposed to Rome’s system insofar as it deliberately breaks the unity of the world-church. National divisions are permitted to determine the character of the church. And it does not place the state under the church, but principally, the church under the state. The struggle which is still being carried on in Germany between the Prussian Court and the Curia of Rome is concerned with nothing less than the absolute opposition between this Lutheran system and that of Rome.

According to the drift of this Lutheran system, Christ has laid the authority over His church in the hands of the prince of the land. The king, duke, or count is lord over the church just as he is lord over the land. The church as church has no authority of its own. All authority over her is confined to the prince of the land. Men differ in how this is to be expressed. One teaches that only the former power of the bishops was transferred to the prince. The other, decidedly more logical, takes the position that the prince, by virtue of his own princely sovereignty, is also sovereign over the church. Nevertheless, both actually confess that the prince alone possesses authority over the national church according to the fatal rule: cuius regio, eius religio; i.e., “He who is lord in the land determines the religion out of hand.” The laity have no right in this Lutheran system. The defenders of this Lutheran system distinguish not two but three classes: the ruling class, the ministerial class, and the lay class. Of these three, all authority rests in the ruling class which points out to the ministerial class in what way this authority will operate; and nothing remains for the lay class except what men call, in complete seriousness, the right to obey and to be subject. This system is also called Consistorial. In order that the princes are not in the final analysis included with the preachers, the princes place some ministers under them in the form of a consistory in their capital city. These ministers keep their colleagues in check. Their authority also extends to the appointment of superintendents and general superintendents in order better to hold tight the reins of government.

It already appears from this how the Erastian or Remonstrant system, although coinciding with the Lutheran system in the territorial idea, yet brings into this system an important variation. Erastus and the Remonstrants taught, partly following Zwingli, that there is really no authority in the church of Christ on earth; that the authority exercised by the magistrates is over the church in the same way as it is over the state and the whole of society, although it does not as such bear a special ecclesiastical character; and that the preachers, as a result, have no other obligation than simply to warn and advise. They do not possess the use of the keys of the kingdom of heaven. It is because of this that the Remonstrants opposed a general synod and made their plea for a territorial or provincial synod. Based on this is their opposition to the introduction of discipline, a power for which they did not consider the church authorized. And finally, on this basis rested their demand to tolerate diverse teachings in the church. All these ideas came forth out of the fact that in their opinion the ministry of the Word was devoid of all authority and was limited merely to warning.

One sees from this that the ecclesiastical ideas of Irenicists and the Legalists follow in principle the Lutheran system, and more specifically, its Remonstrant variation.* The ruler of the land decreed the Church Order in 1816. The church must be one for the whole territory. The Reverend’s position must set the tone. The laity must not be included. Provincial and classical administration came in the place of general superintendents and superintendents. The General Synodical Commission formed the Lutheran consistory. All the actions of the church had to be purely admonitory. And finally, all kinds of variation

of confession had to be tolerated because the authority of the church might not be activated with respect to doctrine.

Thus of itself the law of contradiction brings us to the third or Reformed system generally known by the name of Presbyterian or Synodical system. The chief marks of this system are: 1) That the internal unity of the world-church, which the Lutheran system separates into territories, is also divided by the Reformed so that the local church becomes the point of departure for all church government. 2) That these local churches are bound in a federation in Classis and Synodical National churches, and, although in weaker measure: in world councils. 3) That here for the first time the laity operates powerfully and, through the appointment of elders and deacons, stamps out all clericalism. 4) That the ecclesiastical authority, without in the least arrogating itself over the state, maintains itself completely independent from the state. These are the four great principles of Reformed church polity which decide if one moves in reformed paths rather in Romish, Lutheran, or Congregational.

On the foreground, as the cornerstone of the entire system, stands the theory of the local church. The devout confession of the hidden, spiritual character of the one Holy Catholic Church of Christ which manifests itself everywhere, where also believers dwell together, is bound up in this truth. The Lutheran idea of one large national church, divided into sections which men call congregations, is in irreconcilable strife with this idea. The Reformed church, according to the tenor of God’s Word, has as its cor ecclesia, not the means of grace, but the choice of the elect; and accordingly, the church does not come to manifestation through the introduction of a certain liturgy, but through the manifestation of believers. However, because this local point of departure does not detract from the glorious idea of the unity of the church, the second mark stands alongside of this. This second mark is that these local churches must walk in union with each other and thus need to exercise Presbyterian discipline and authority over each other. It needs to spread out, not in a classical administration, but in the glorious institution of Classes and Synods, as at Dort, and preferably into a world-synod. This confederate authority of Classis and Synod must, in the meantime, never nullify the character of the church as a church of believers by virtue of election. Hence, as the third mark, there must be the introduction of presbyters or elders and of deacons as representative of believers. This stops all supremacy of the clergy. Finally, in the matter of the government, our Reformed churches always held in honor and with firmness the distinction of secular and ecclesiastical authority. This appeared in the most complete sense in lands where the magistrates remained Romish, as in France and in Poland. In those lands the Reformed churches, on Calvin’s advice, developed and were organized and instituted completely independently. And this was maintained so firmly and strongly that everybody who in our day nevertheless rejects the separation of church and state becomes an opponent of the Reformed principles though now in these lands we live under magistrates who are not Reformed. * Yet the fact that Calvin and his followers, also in this land, and in states with a Reformed magistrate, permitted interference, does not alter the strong demand and correct tendency of the principle. Only, one must correctly distinguish in this connection. In the first place, e.g., at Geneva, the representatives of the boards of the citizenry appeared not as a government having authority in the church, but as representatives of the laity, something like our deputies now. In the second place, a certain ius in sacra (authority in holy matters) was not given to the government by virtue of her sovereign right, but men granted to government officials, as good church members, an authority of ecclesiastical origin. In the third place, the control of the manner in which the church would take her constitutional and civic place was left to the magistrate. And in the fourth place, finally, men have held, and correctly, before the magistrate the obligation, by virtue of her calling as sovereign by the grace of God, to promote the honor of God and God’s righteousness in the land according to the service of both tables of the law. * These are ideas in which are given, according to our innermost conviction, the correct lines along which we still must move in order to arrive at a pure and correct separation of church and state. If one must maintain a system of absolute separation of church and state recommended by Calvin for France and Poland, even the formerly mentioned system (that the magistrate must enforce both tables of the law) is valid. This absolute separation must never be lost from sight as is the case in our country.

As it was, after the total failure of the Romish system, and the grim disappointment in which the Lutheran system resulted, finally by Calvin the pure and best and through God’s Word much sought after system of church rule was found, and was especially defended with sturdy courage and striking results against the calumnies of our Erastian Remonstrants. Let it therefore be here presumed that both systems which are still to be discussed, namely, the independent and collegiate systems, bring us far from the purer systems, and in fact to corruptions of the one good system.

*Kuyper’s reference to grace here is to “common grace,” an idea to which he held at the time of the writing of this pamphlet, although they were not as fully developed as they would be in his “Gemeene Gratia” and in his “Stone Lectures.”

*The Reference of Kuyper here is not altogether clear. It is possible that Kuyper refers to the history of the State Church in the period just prior to the Afscheiding when, under the prodding of Napoleon, the state imposed its will upon the church and ordered a fundamental change in the Church Order.

*This is, of course, a reference to the State Church as it existed in the Netherlands. 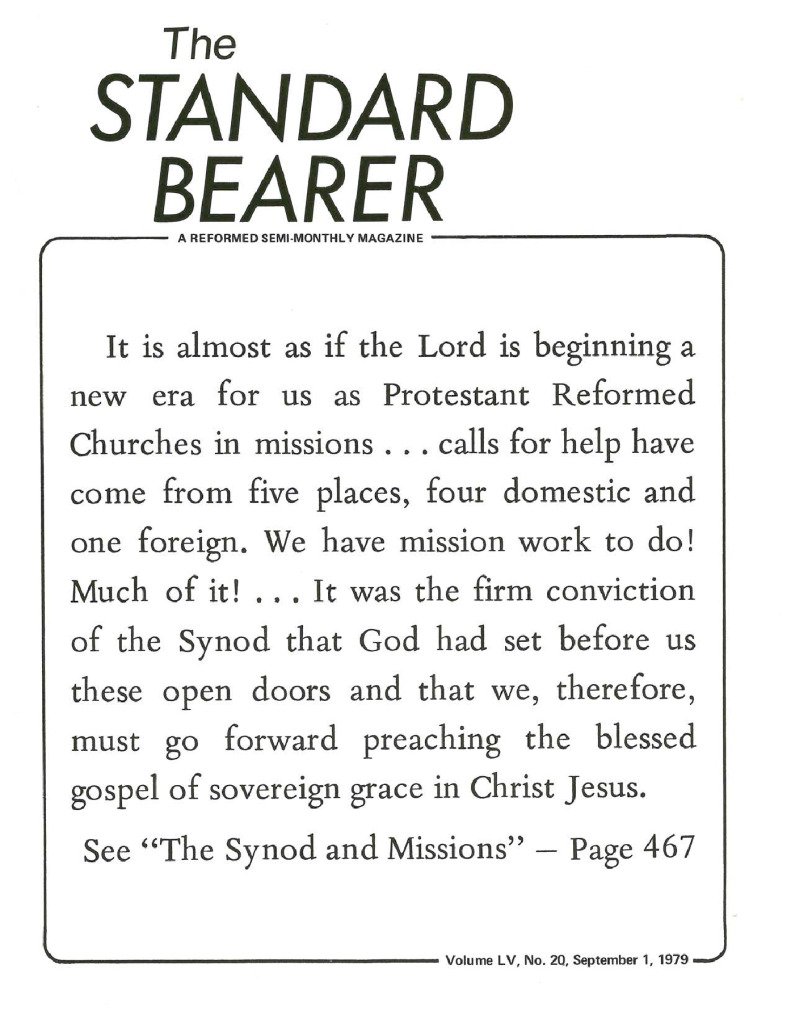