Vol 62 Issue 11 3/1/1986 By: Kuyper, Abraham, in Translated Treasures, Pamphlet Concerning the Reformation of the Church

“Not by might, nor by power, but by my Spirit, saith the Lord of hosts.” In discussing this passage he has underscored the importance of active participation in the work of church reformation although in complete dependence upon the work of God.)

61. Concerning Reformation In Distinction From Revolution.

This same reproach is thrown time and again at those who engage in church reformation in different kinds of ways.

Because it is our calling to enlighten with fear and trembling the children of God in this land concerning the work of reformation, we consider ourselves bound to investigate this objection. We pray that God the Lord will holily keep His people from revolution in the evil sense, and our guilt will be heavy if we through recklessness and influence entice the Lord’s people down such sinful paths. We wish therefore, through a calm distinction, to make clear to our opponents why they are wrong when they lay before us so serious a charge and why they, if they do not wish to sully their own souls in their relationship to their brethren, ought to be done once for all with its charge.

To this end it ought first of all to be observed that there can be mention made of revolution both in the good sense and in the bad sense, and that by no means may all revolution be lumped together.

In order to see this distinction clearly, it ought to stand on the foreground that a man is never so honorable that he has a right in himself to lay upon a fellow man the obligation to obedience.

Every man is sinful and because of this has forfeited all claim to personal respect.

The father is of as little worth as the child and there is in the father as a person no simple reason or cause why the child should obey him.

Every king is equally as sinful as the least of his subjects and also in his person there is no single reason or cause why his subjects should be subject to him.

And so also in the church of Christ each person, who serves as bishop, member of synod, member of classical administration, or whatever, is equally as sinful and worthless as every other member of the church, and there is in his person neither reason nor cause why the members of the church should grant authority and honor to him.

If I look on man as only man, considered apart from God, then the child is exactly like his father and there is no trace of sin in it if an unloving son refuses obedience to his father.

In the same way a king is by nature no more worthy than a beggar and there is no evil or sin present if that beggar refuses obedience to his king.

This point of departure is worth considering.

He who will not concede this is either a Pelagian, or he does not know the deep corruption of sin.

What then is the root of the obligation to obedience?

Answer: finally and only the fact that God the Lord entrusts something of His majesty to these persons.

The precept is always true: absolute obedience to God as an obligation because He is your Creator, your Upholder, your Owner, your Redeemer. Never obedience to man.

Obedience to man is thus only possible in so long as and in so far as it is ordered and commanded me in the truth of God the Lord that I shall owe to a man rightful obedience in the name of God.

In what lies the essence of revolution? Its sin and horror?

In this that it resists man and refuses to obey man and considers king and beggar alike as man?

By all means, No.

No, the sin, the transgression, the horror of revolution is completely to be found in these two entirely different things: 1) that one refuses to pay the duty of obedience, which he owes to God, to the person of a man who occupies an office; and, 2) that he dares to state the proposition: authority is given to an office bearer not by God but by me and my fellow citizens.

The horrible sin is embedded in this that it is an insult to God’s majesty and a feeling of that majesty for one’s self.

Two sins at the same time: denying the divinity of the living God and deifying one’s self.

If our accusers mean now that they can point out this kind of revolution in our proposal for reformation which is carried out to the point of a break with the church, we give beforehand our thanks to them for their brotherly faithfulness.

If each child of God judges with us that David, Christ, the apostles, the Waldensians, our Reformers, our fathers, our princes of Orange, did not sin in this but that much rather they brought about a break with the existing conditions and acquitted themselves of their duty of obedience to God, then it is clear that a break with the existing conditions in itself and without saying anything more cannot be sin but can be rather a discharge of duty.¹

What now is the basis of this?

Undoubtedly this, whether such a break with the existing conditions takes place exclusively out of obedience to God.

If David had not had Samuel’s revelation, he ought not to have risen against Saul. If Jesus had not acted by virtue of fellowship with the Father, He would have possessed no authority in the temple. If the apostles had not known that they acted out of obedience to God’s Word, they might not have withstood the Sanhedrin. And so also if our Reformers and free Beggars had not known that their infractions of Rome’s and Spain’s lawfully ordered authority grew out of the urgency to obey God rather than men, their break would have been a horrible guilt for them.

Even the Legalist says this, and in England as well as in Germany there are always voices raised to condemn the Reformation as rebellion.

And, mark you well, our Legalists also must finally come to this point.

Judging us by what they call revolutionary action, they pass a similar judgment on our Reformers and fathers.

But, if they shrink back from this as something which God gave, then they must also reconsider their thoughtless and premature judgment of us and must say: Revolution is not the fact itself that one breaks with the existing conditions, but he is a revolutionary who risks that break out of motives other than to obey God rather than man.

¹ It seems as if Kuyper is stretching the point here a bit when he compares Christ’s cleansing of the temple with the work of William the Silent and the armies at Waterloo. His discussion at this point brings up the important question of a right of a Christian to rebel against constituted authority. 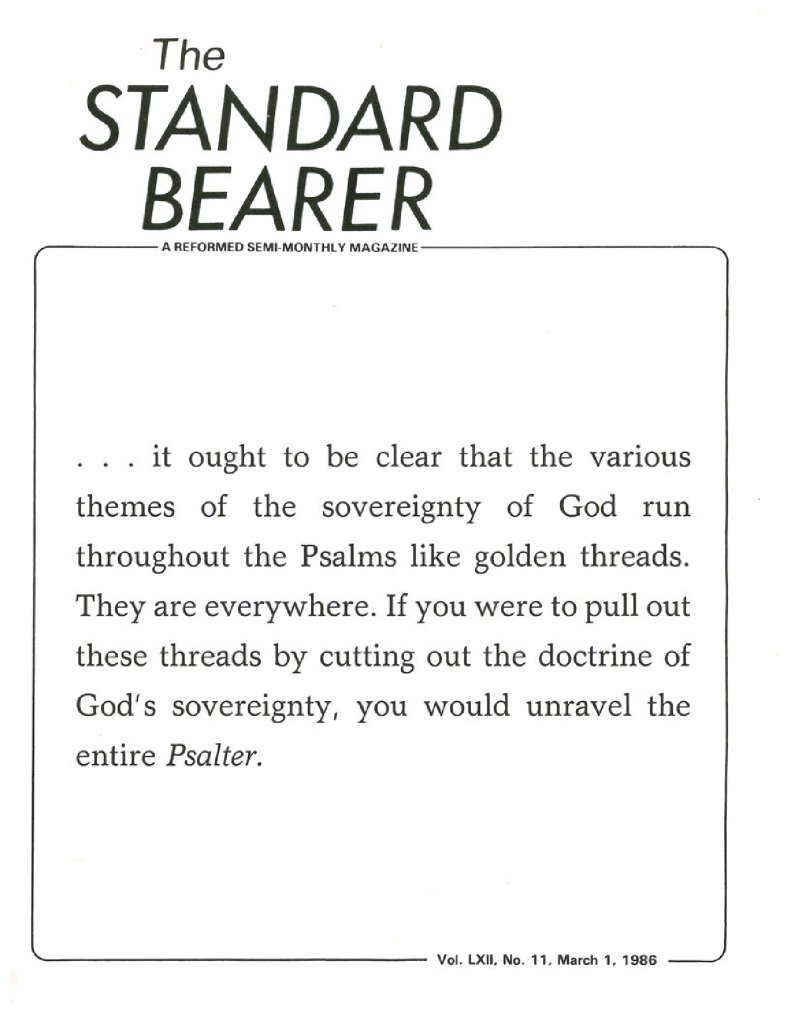