A Letter From New Zealand

A Letter From New Zealand

Greetings to you in the name of Him Who gathers unto Himself a catholic church.

It often happens that when you receive a letter or card from a friend who is on a trip, your friend will write, “Wish you were here.” Well, I wish that you could be. here in New Zealand. Although it would be most enjoyable to have your companionship, I think that the main reason I would like you here beside us is so that you might see and experience what we see and are experiencing in our work. I can try to tell you, but words just do not seem to be able to express adequately the intangible aspects of our experience.

In my previous letters to you I have written about life in New Zealand and of some of our work in the Christchurch Orthodox Presbyterian congregation. In this letter I would like to write about the denomination to which this congregation belongs and its relationship to our denomination. I am not speaking about the ecclesiastical ties, which is the concern of the synodical contact committee. Rather I am thinking of the heritages of these two denominations and how they compare. Before we came to. New Zealand to work in the Orthodox Presbyterian Churches in New Zealand, I must confess that I did not know very much about the Presbyterian heritage.

I want to take you on a tangent. I said that I had toconfess my ignorance. The use of the word “confess,” I believe, is a correct usage.

Every Sunday we confess our belief in a catholic church. In case you have forgotten your catechism lessons, that the church is catholic means that God forms into the one body of Christ people of every nation, tribe, and tongue. There are all different kinds of peoples in that body, all professing the one faith in Christ.

Our coming to New Zealand and working among those Presbyterian churches which are orthodox as to the faith and truth of God’s Word has shown us another part of the body of Christ. I am not speaking of just any church, of any congregation or denomination. The earth is filled with various groups of people which unite together and call themselves a church. No, I am writing about those churches which are truly manifestations of the body of Christ. That is, they have. the three marks of the true church; and these marks are clearly manifested. Our coming to New Zealand brought me face to face with a part of the body of Christ (OPC of NZ) which is asking another part of that same body (PRC in America) to help them in their manifestation of the three marks of the true church.

Now let me get back to where I was before I took you on that tangent. I was talking about a comparison of the heritages of the Orthodox Presbyterian Churches of New Zealand and of the Protestant Reformed Churches in America.

There is a tendency of our nature to look for differences first; it is just such a search which reveals just how many similarities there are. There is the same (and this is so basic) high, proper regard for the infallible Word of God. The wordings of the Belgic Confession and of the Westminster Confession are almost identical on this subject. Also their writings on what must be the desire which underlies every action: to glorify and exalt God and to enjoy Him forever (Westminster Shorter Catechism, Qu. 1).

Our examination of these two manifestations of the body of Christ has shown us that much which we might initially term differences is not really differences, but complements. There are differences of vocabulary which have arisen from the different histories of the two denominations. Both denominations have their roots in the Calvin Reformation and in the pastors who taught at Geneva. But at that point the heritages went in divergent channels: that of the Protestant Reformed Churches through the Reformed Churches in the Netherlands, and that of the Orthodox Presbyterian Churches through the equally Reformed Presbyterian Churches in Scotland.

When one compares the denominations today, one sees differences of emphasis and of perspective. Our own history has caused us to place an emphasis on God’s particular grace and on the important truth of the antithesis. In contrast, the Orthodox Presbyterian congregation in Christchurch is growing up in surroundings of the blatantly liberal, the Arminian, and the charismatic. Let me give you an example. I am teaching a Scripture class for Form 6 and Form 7 students (16 and 17 year olds) in the only Christian school in Christchurch. The first week I asked the class of about 35 to tell me their church affiliations. In this class are Anglicans, Presbyterians, Baptists, Methodists, Church of Christ, Brethren, Roman Catholic, Quaker, Apostolic, Neo-Pentecostal, and some who do not attend any church. This gathering is typical of the religious climate in which the Orthodox Presbyterian Churches find themselves. Their emphasis, then, must be on the sovereignty of God, the satisfaction of Christ, the place of the church, and on the proper application of the truth of Scripture to one’s life.

Also we have found specific points in which we differ with the historic Presbyterian belief, such as remarriage of divorced persons, the covenant of works, as well as questions of church government. The discussions we have had on these subjects have been profitable and helpful.

We acknowledge that our comparison of these two denominations and their heritages is scant. A thorough comparison would, of course, take much more time than what we have available. But we hope that, brief though it may be, it will give you a better idea and will encourage you to do some personal study of church history.

The work is enjoyable. Our preaching and teaching is being well received. There is unity of faith and life between us and the saints here. As the time for our departure from New Zealand draws closer, the number of expressions of appreciation and of questions of concern for future help are increasing. It is our prayer that this help can be given.

In conclusion, to live and work among the members of the Orthodox Presbyterian Churches of New Zealand, and particularly in Christchurch, is truly an experience of being amongst other members of the body of Christ. Here the members are a little different, as we would expect: for all cannot be the eye, for then “where were the hearing? If the whole were hearing, where were the smelling? But now hath God set the members every one of them in the body, as it hath pleased him.” But basically, their aspirations, their struggles, and their needs are testimony to the fact that there is but “one body and one Spirit, even as ye are called in one hope of your calling; one Lord, one faith, one baptism, one God and Father of all, who is above all, and through all, and in you all,” (Ephesians 4:4-6). 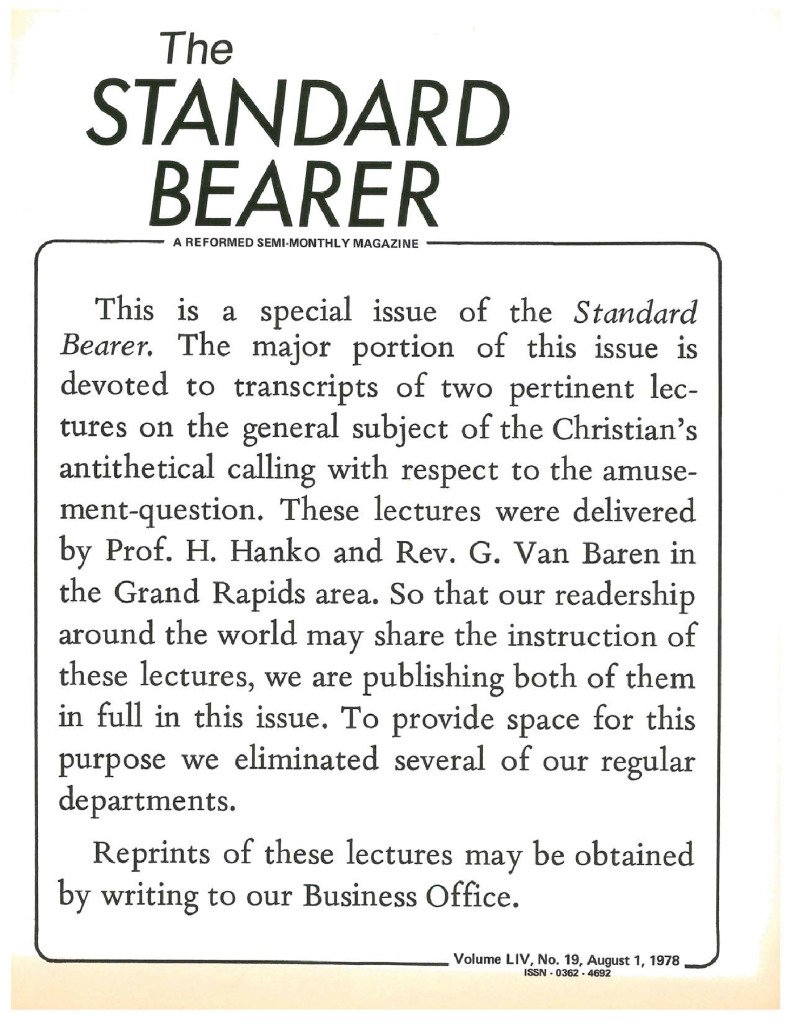