A Falling Away of the Saints?

A Falling Away of the Saints?

In the same article by the Rev. Geertsema to which we have already referred, he seeks to pile up arguments in favor of the position that the covenant can be broken. In the course of his effort he attempts what, surely, the writer to the Hebrews himself would not have done, namely, in the course of a brief paragraph “to bring the whole epistle to the Hebrews to the readers’ attention.”

But in the course of this brief paragraph he opens himself to the accusation that he denies the perseverance of the saints.

Now I realize that Geertsema will emphatically deny this, and that he will assert that he believes the doctrine of perseverance taught in Canons V. But let the reader judge.

Rev. Geertsema writes: “This epistle especially speaks about the new and eternal covenant of grace, in which also the Hebrews share, being once for all perfected by the sacrifice of Christ.”

However, in the same paragraph he writes: “It is evident that people of the new covenant can fall away.” And he adds: “If this is not so, I cannot understand the New Testament in its serious warnings against apostasy and unfaithfulness.”

But, secondly, much more serious is the flat statement: “It is evident that people of the new covenant can fall away.”

I write this in the light of what the epistle to the Hebrews itself states concerning that “new covenant.” We read in Hebrews 8:8-12: “For finding fault with them, he saith, Behold, the days come, saith the Lord, when I will make a new covenant with the house of Israel and with the house of Judah: Not according to the covenant that I made with their fathers in the day when I took them by the hand to lead them out of the land of Egypt; because they continued not in my covenant, and I regarded them not, saith the Lord. For this is the covenant that I will make with the house of Israel after those days, saith the Lord; I will put my laws into their mind, and write them in their hearts: and I will be to them a God, and they shall be to me a people: And they shall not teach every man his neighbor, and every man his brother, saying, Know the Lord: for all shall know me, from the least to the greatest. For I will be merciful to their unrighteousness, and their sins and their iniquities will I remember no more.”

Now it is evident that “people of the new covenant” are people in whose mind are God’s laws, in whose heart those laws are written; people to whom God is their God, people who know the Lord, people to whose unrighteousness God is merciful, people whose sins and iniquities God will remember no more. All this is implied in the “new covenant.”

In a word, people of the new covenant are saints.

Of such people, and that, too, with reference toHebrews 10:25-end, Geertsema asserts that they can fall away. 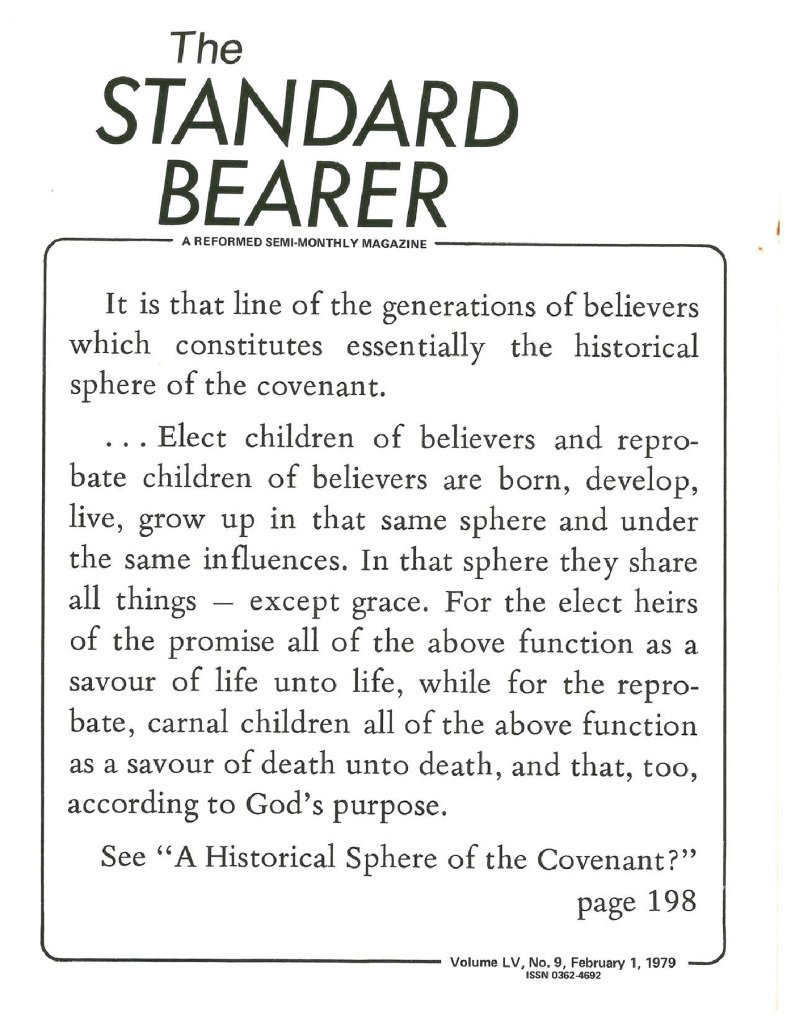