I. The Call to Hear His Word (10). “Hear the word of Jehovah, judges of Sodom, give ear to the Law of our God, people of Gomorrah.” The command is to hear and give ear, as in the familiar, “He that hath ears to hear, let him hear.” The “word of Jehovah” and “the law of our God” are identical expressions denoting the covenant religion of Jehovah, the revelation of His will, our only infallible rule of faith and conduct, the word which the Lord now gives in this prophecy through His servant Isaiah, and that word which “out of Zion shallgo forth, the Law, and the word of the Lord from Jerusalem” (2:3) by John the baptist, the Messiah in His day, and by His apostles. Verse 9 shows that the Word spoken is that in the time of Christ and the apostles. It was not the law of Moses, which, though it always had been broken by sodomitical perversity, was only temporary, until terminated and abrogated when fulfilled in Christ (Ps. 40:6-7). But it is the everlasting gospel, the immutable doctrine of our Lord Jesus Christ. It is the ever-standing law of our God. This word Israel rejected; hence it was said to be more tolerable for Sodom in the judgment day than for them (Mt. 11:24). The earthly Jerusalem, where our Lord was crucified, is spiritually called Sodom and Egypt (Rev. 11:18), because “they declare their sin as Sodom; they hide it not” (Isa. 3:9). We know that “the men of Sodom were wicked and sinners before the Lord exceedingly” (Gn.13:13). So the office-bearers of Judah were called Sodom, and its citizens Gomorrah, because they were as guilty as Sodom and had sinned as heinously as Gomorrah. When office-bearers go bad, the people soon learn to tolerate the most shocking abominations. Yet it was in the mercy of God, mercy to the “very small remnant” (v. 9), that they did not receive the punishment of those cities. For according to divine predestination, vessels of wrath fitted in God’s eternal counsel to destruction shall be punished, while vessels of mercy, before ordained and prepared for glory, shall be delivered from the wrath to come. The former are “Mine enemies” and suffer divine vengeance (24). To the latter the Lord promises, “I will purely purge away thy dross” (25). It is always punishment for the reprobate and mercy for the elect.

II. The Refusal to Receive Their Worship and Devotion (11-15). “For what is the multitude of your sacrifices to Me, saith Jehovah. I am satiated with the burnt offerings of rams, and the fat of fatlings, and the blood of bullocks and lambs and goats I do not like” (11). This included all their worship, prayers, services, offerings, sacrifices, incense, festal crowds, new moons, appointed feasts and devotional orations. God could stomach none of it because they were a sinful nation, a seed of evil-doers, rulers of Sodom and people of Gomorrah, and because their hands were full of blood. The sacrifices God had required had become offensive to Him because offered in a dead, lifeless, formalistic manner and in connection with a life of sin.

“As ye come to appear before My face, who requiredthis from your hand to trample My courts?” (12). Why continue this spiritless tramping back and forth in the holy places of the temple and its enclosures? It only amounted to priests and worshipers trampling on holy things in contempt. In the apostate church, God is not pleased with the incessant thudding footsteps of men trampling about madly in unecclesiastical and unreformed activities. Where there is no reformation of life, there is abomination to God. The Lord has no fellowship with those who do not reform. For God is honored neither by worship, nor by offerings, no matter how sacrificially made, not paid in faith and obedience. To Him, that would all be an, offering of nothing (13); He has not required it (12). He cannot bear the iniquity of it, nor the prayers of men who regard iniquity in their hearts (Ps. 66:18). “Bring ye no more an offering of nothingness — incense; an abomination it (all) is to Me; the new moons and sabbaths, the calling of an assembly, I can not (stand) iniquity and an assembly (a festal or a holiday crowd). Your new moons and your appointed feasts My soul hates; they have become unto Me a burden; I am weary to bear (them),” (13, 14). The Lord hates all hypocritical, mere outward form of religion without the power of it. First, He does not like it at all (11), He cannot stand the iniquity of it (13), He positively hates it (14), worse, it is an abomination to Him (13). No wonder He calls them Sodom and Gomorrah (10)! They and their religious rites are detestable and utterly abhorrent. They are “your sacrifices” (11), not Mine, saith the Lord. He had had enough of them, was sick of them, because their precise, pious outward attendance on His ordinances was rendered not in the love of God, but in contempt of Him. This was really a contempt of Jesus Christ and Him crucified, and so made them enemies of the cross of Christ. This enmity came to a climax when the Jews said of Jesus delivered up to the death of the cross, “His blood be upon us and on our children!” They had their wish; the wrath of God came upon them to the uttermost. Then when the Lord says He hates their new moons and feasts, and so forth, the meaning is that sin is very hateful to God. Not merely things, but sin is hateful to Him, and not merely sin but sinners, such as “mine adversaries,” “mine enemies.” (24).

“And in spreading out your hands, I will hide My eyes from you: also that ye multiply prayer, I will not hear (I will hear nothing); your hands are full of bloods” (15). “The law contains no command to pray . . . praying is so natural to man as man, that there is no necessity for any precept to enforce this, the fundamental expression of the true relation to God.” But they had turned prayer into a mere babel, like the perpetual motion of Tibetan prayer wheels. Some would not recognize the judgment of God upon them for their sins, they are so busy performing the outward motions of a religious life. They are too occupied praying, “Lord! Lord! have we not prophesied in thy name, in thy name cast out demons, and in thy name done many wonderful works” to forsake their sins and reform their lives. It is Romish thinking to suppose God can be bribed to forgive, to remove punishment and yet to allow sin to continue with impunity.

III. The Method of Reconciliation to God (16-l 7). “Wash you, make ye clean; make depart (the) evil of your works from before My eyes; cease ye to do evil. Learn ye to do good (rightly); search ye for justice; make to go straight (right) the oppressor (or the oppressed); do justice to (the) orphan; plead ye the cause of (the) widow” (16, 17). God’s commands do not imply man’s ability to comply, nor that men may turn and repent “by their own exercise of free will.” But God commands that which man since the fall has lost, namely, his ability to perform in conformity to God’s commandments. But God has not thereby lost His right to demand the obedience owed Him. Besides, God demands that truth, His law, on the inward parts be evident in the practice of godly living. Only in this way may men stand before a just God. Here, then, are ten commands from Jehovah: 1. Wash you, 2. Make you clean, 3. Put away evil, 4. Cease to do evil, 5. Learn to do well, 6. Seek justice, 7. Relieve the oppressed, 8. Judge the fatherless, 9. Plead for the widow, and 10. Come now, and let us reason together. Every one of these commands is fully wrought out in the life of the believer by the power of the Holy Spirit (Rom. 8:4).

They were commanded to put away the evil of their doings in order to make their doings in any wise acceptable to God. They were to put away the evil of them “not only from themselves, but from before the eyes of God, and from the eyes of His vindicative justice, which is only done by the sacrifice of Christ. The use of this exhortation is to show the necessity of putting away sin to salvation, and the inefficiency of the blood of bulls and goats to do it, since, notwithstanding these, it remains untaken away; and to direct to the sacrifice of Christ, which effectually does it.” (Gill).

Learn to do good! Something they never had as yet come to know what it was. Wash; make clean “Nothing clean proceeds from the wicked.” (Calvin). Learn to do good! “For their whole life was a constant habit of sinning” (Calvin), so that they had not yet gotten past first grade. They were accustomed to doing evil, and to do good they had no knowledge. They were by nature ignorant of good. Negatively, they must cease to do evil, which was all they have ever done. This, however, they cannot possibly do, unless they begin, positively, to do good. What follows indicates exactly how they were to do good, in the performing of those ten commands (16-18). 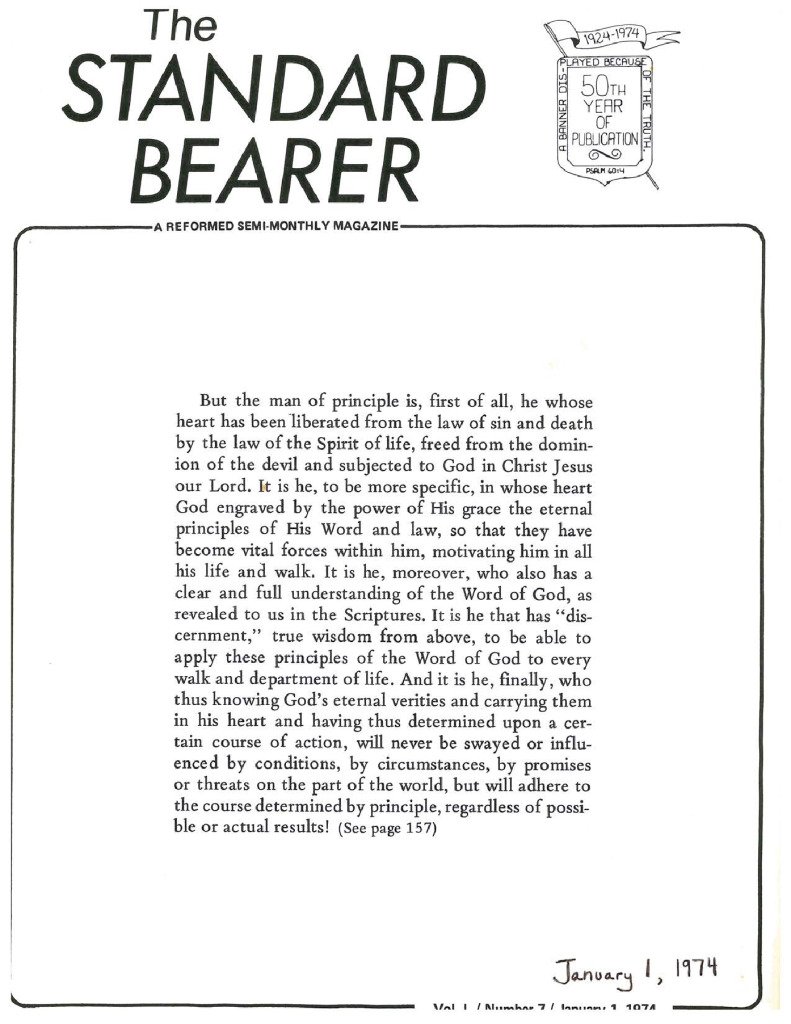