1. The Presbyterian Church (USA) to Homosexual Officebearers: “You are free to be sexually active.” 2. Debate Still Open about the Flood in the United Reformed Churches? 3. Shocker: Study Commissioned by Roman Catholic Church.

1. The Presbyterian Church (USA) to Homosexual Officebearers: “You are free to be sexually active.” 2. Debate Still Open about the Flood in the United Reformed Churches? 3. Shocker: Study Commissioned by Roman Catholic Church.

The Presbyterian Church (USA) to Homosexual Officebearers: “You are free to be sexually active.”

In 2010 the General Assembly of the PC(USA), a denomination with 2.3 million members, decided to remove a clause from its constitution that required ministers to “live either in fidelity within the covenant of marriage between a man and a woman, or chastity in singleness.” Removing this language would have the effect of allowing homosexual officebearers in the PC(USA) to have same-sex dating and “marriage” relationships. For this decision to take effect a majority of the denomination’s presbyteries needed to approve it. In 2010 Christianity Today reported the hope of Rev. James Berkley that the majority of presbyteries would reject this change to the constitution. Rev. Berkley is quoted as saying, “The General Assembly erred…, but that will not be the final word. Faithful Presbyterians will not let this stand.” Rev. Berkley received sad news on Tuesday, May 10, 2011. On that date the Twin Cities Presbytery cast the deciding vote approving the change to the constitution. The New York Times reports that this will now “allow openly gay people in same-sex relationships to be ordained as ministers, elders and deacons.”

Many are asking, what led to this? It is being reported that the debate about whether homosexuals may serve in office has been ongoing in the PC(USA) for 33 years. How were those who were in favor of ordaining practicing homosexuals into ecclesiastical office able to achieve victory?

Gradye Parsons, the Stated Clerk of the denomination, “attributed the turnabout in the votes to both the growing acceptance of homosexuality in the larger culture, and to church members simply wearying of the conflict” (quoted by the The New York Times).

Dr. R. Albert Mohler, President of the Southern Baptist Theological Seminary, believes the problem is that the authority of Scripture is denied in the PC(USA). Dr. Mohler takes issue with the PC(USA)’s claim that it believes in the lordship of Jesus Christ and will continue to require candidates for church office to confess the lordship of Jesus Christ while allowing them to be practicing homosexuals. Dr. Mohler rightly sees the lunacy of this position, explaining,

That is a fundamental error that leaves this denomination now in the implausible position of claiming to affirm the Lordship of Christ while subverting the authority of Scripture. The removal of the constitutional language about marriage and chastity, coupled with the removal of the language about repentance from what Scripture identifies as sin, effectively means that candidates and presbyteries may defy Scripture while claiming to follow Christ.

Dr. Mohler then writes, “Clearly, this action could not have happened without this denomination having abandoned any required belief in the full authority, inspiration, and truthfulness of the Bible long ago. This most recent decision sets the stage for the total capitulation of this church to the normalization of homosexuality—an act of open defiance against the Scriptures.”³ The PC(USA)’s denial of the authority of Scripture is certainly serious and is certainly part of the explanation for why the denomination has opened up church offices to practicing homosexuals. But the denial of the authority of Scripture is not the only reason, and perhaps is not the main reason, why after 33 years of battle those in favor of the ordination of practicing homosexuals have gotten their way. There are two other reasons that explain why the PC(USA) now allows the ordination of practicing homosexuals.

The second reason those in favor of the ordination of homosexuals have won in the PC(USA) is very obvious, but no one ever seems to notice this reason. People scratch their heads and ask, how could this happen? Dr. Mohler points out that attempts were repeatedly made and rejected to open up ordination to gays in the PC(USA). After this idea was rejected so many times, how could it be approved now? This is what people have asked in denominations that experienced a similar, long, drawn-out debate over the ordination of women. For years the attempt to allow women’s ordination is rejected. Then one year it is approved. And people ask how this could happen. Often people talk about the denial of the authority of Scripture. Or they point to the fact that many conservatives leave the denomination so that now “liberals” outnumber and outvote “conservatives.” The real issue is missed.

No one points to the fact that the only reason the “liberals” are able to push their agenda year after year is that they are not put under discipline. They are not told they must repent for supporting the ordination of gays or of women. They are not told that if they do not repent they will be excommunicated. It seems the “conservatives” do not understand that it is a sin worthy of discipline to promote unscriptural views concerning the ordination of homosexuals or of women. One wonders how they cannot see that the reason they face a relentless push to open up church offices to women and gays is that they allow people in favor of these unbiblical positions to remain in the church. A denomination should be bothered with the deplorable suggestion that church offices should be opened to women or gays only once! Of course, the denomination should reject that suggestion clearly and decisively. Then the denomination should demand the repentance of those who made the suggestion. If those people repent, the denomination will not be bothered by them again. If they do not repent, the denomination should excommunicate them, which is another scenario in which the denomination will rid itself of troublemakers and prevent itself from having to go through years of struggle about issues that are extremely easy to settle and shameful to debate.

Debate Still Open about the Flood in the United Reformed Churches?

A little over a year ago I reported in “All Around Us” that Dr. Tony Jelsma, a member of the United Reformed Churches and professor at Dordt College, publicly denied the universality of the Great Flood as described in
Genesis 6 and Genesis 7. In that previous article I wrote, “It will be interesting to see if the URC will argue that just as it can tolerate different views on creationit can also tolerate different views on the flood. Will Prof. Jelsma’s unbelieving attitude toward the Bible be rejected, or will he, like those who hold to figurative views of Genesis 1 and Genesis 2, be defended as ‘within the bounds’ of the confessions?” Readers may remember Dr. Jelsma’s views were expressed in a letter written to Christian Renewal. Now a year later Dr. Jelsma has written again to Christian Renewal, once again claiming that his denial of the universality of the flood does not contradict Scripture or the Reformed confessions. Dr. Jelsma’s letter stirred up debate that raged in the “Letters” section of Christian Renewal. I refer the interested reader to the “Letters” section in the issues of Christian Renewal ranging from February 23, 2011 to April 27, 2011.

What is noteworthy is that a year after Dr. Jelsma’s denial of the universality of the Great Flood it appears no action has been taken against him, or against his consistory for approving his position. Dr. Jelsma’s views may be rejected at some point. But at the present time it seems the Great Flood is open for debate in the URC.

Shocker: Study Commissioned by Roman Catholic Church Determines Celibacy and Homosexuality have Nothing to do with Sexual Abuse Scandal.

The sexual abuse crisis in the Catholic Church was caused by the influence of sweeping social changes and increasing “deviant behavior” of the 1960s and 1970s on priests who were inadequately trained, emotionally unprepared, and isolated, according to a new report commissioned by the nation’s Roman Catholic bishops.

Researchers at John Jay College of Criminal Justice at the City University of New York, who spent five years conducting the most expensive and extensive study of sexual abuse in the Catholic church to date, concluded that homosexual priests were no more likely to abuse than heterosexual priests. They also found that celibacy could not be blamed for the abuse epidemic. Nor could seminaries have done a better job screening for likely offenders because abusive priests had no common profile.

Wrote the authors: “The most significant conclusion drawn from this data is that no single psychological, developmental, or behavioral characteristic differentiated priests who abused minors from those who did not.”

The report also states that poor training of priests, combined with social isolation, job stress, and few support mechanisms likely contributed to the abuse problem. The decline of sexual abuse in the mid-1980s coincided with better training for seminarians in human sexuality and relationships.

The report, titled “The Causes and Context of Sexual Abuse of Minors by Catholic Priests in the United States, 1950-2010,” appears to deflect most blame for the crisis away from the church.4

That last sentence appears to describe the actual purpose of the report—to deflect blame from the Roman Catholic Church.

The report’s claim that homosexuality is not the cause of the scandal is refuted by its finding that most of the victims of sexual abuse were male. The Los Angeles Timesquoted a member of the Roman Catholic Church critical of the report’s conclusion regarding homosexuality: “Bill Donohue, the outspoken president of the conservative Catholic League, noted on the group’s website that the report found that 81 percent of abuse victims were male and 78 percent were beyond puberty. ‘Since 100 percent of the abusers were male, that’s called homosexuality, not pedophilia or heterosexuality,’ he said.”5

That the report attempts to defend the Roman Catholic Church and deny that celibacy or homosexuality are problems is unsurprising, since it was commissioned by the US Catholic bishops. 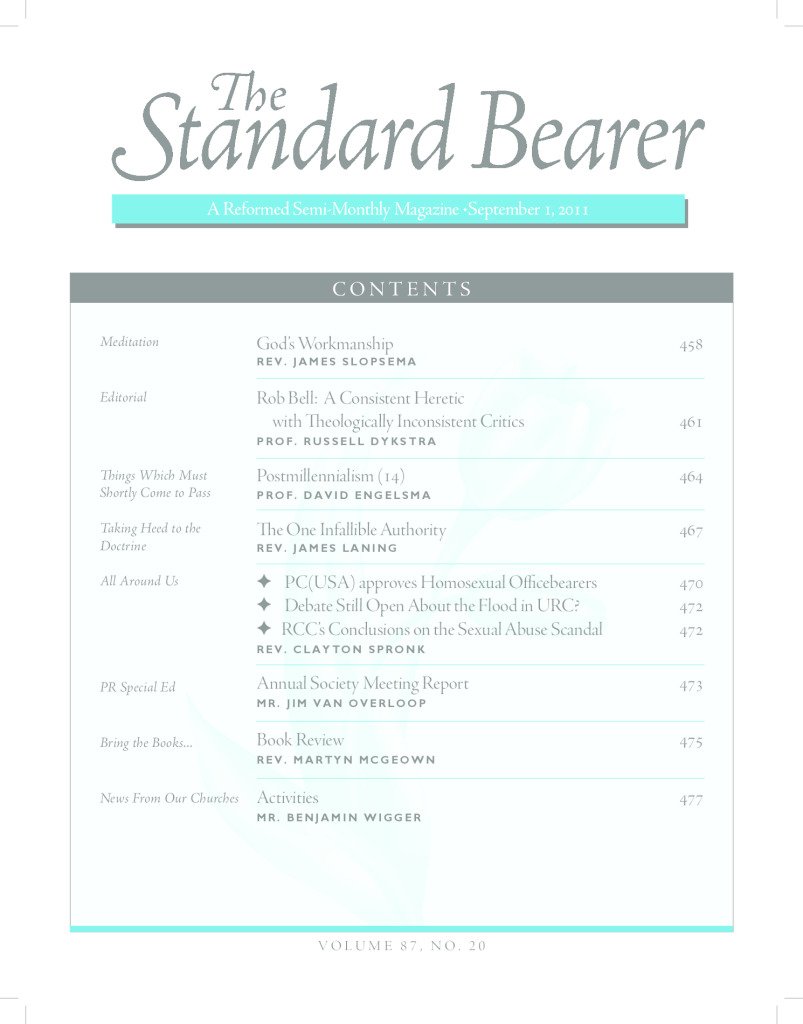