1. As Others See Us. 2. Robert Schuller on “Success”. 3. United Schools for Government Support. 4. The Horrors of Abortion

1. As Others See Us. 2. Robert Schuller on “Success”. 3. United Schools for Government Support. 4. The Horrors of Abortion

The Protestant Reformed Churches have been presented recently in a little magazine entitled, The Covenanter Witness, Sept. 1981. The magazine is produced by churches of Scotland and Ireland: the Reformed Presbyterian Churches—two sister denominations in these two countries. These churches are commonly known as “Covenanters.” A sister denomination is also found in this country. The Contact Committee of our Synod has had contact, howbeit somewhat informally, with this church in Ireland. One of their ministers, Rev. Tom Reid, wrote the report, part of which states:

Besides the six home mission fields, this small denomination supports the following activities: (1) A Theological School in Grand Rapids, Michigan, which includes a four year “pre-seminary” department as well as the three year ministerial course. Fourteen students were trained last year by the three full-time professors in the School’s own purpose-build facility, supported by two part-time administrators; (2) Ten parent-controlled Christian primary and one secondary school (with two more primary and one more secondary in the planning stages), with about 1,000 students and sixty teachers; (3) Four periodicals: The Standard Bearer, which prints over 500 pages in 21 issues each year; The Protestant Reformed Theological Journal, distributed free to pastors and others twice per year; Beacon Lights, a monthly for young people; and Perspectives in Covenant Education, which appears twice yearly for the advancement of Christian schools; (4) Sabbath School materials for all ages; (5) The Reformed Free Publishing Association, which lists in its present catalogue eleven hard-cover books and ten paper-backs with a total of 7,929 pages, not to mention 32 pamphlets available free; (6) Foreign missions work in Singapore, and relief work in Jamaica. Here is an active Church!

The Rev. T. Reid says other nice things as well. When stated as above, this does make a rather impressive list of labors! Our concern is, however, not to boast, but to pray the grace of God to be able to labor faithfully in the future with the means and opportunities given us that God’s Name may be glorified and His people gathered and strengthened.

We had the opportunity of meeting Rev. Reid recently when he with his wife and young daughter passed through the Grand Rapids area. He stayed a few days at the home of Prof. and Mrs. H. Hanko. Rev. T. Reid is a citizen of the U.S., was born and raised near Chicago, came from a liberal United Presbyterian Church, attended Westminster Seminary, studied for an advanced degree in France, and recently became a pastor in the Reformed Presbyterian Church of Ireland. His wife is French; Tom met and married her while attending school in France. Their daughter was born in Northern Ireland and can claim citizenship in any of the three countries. We hope to hear more of Rev. Reid, perhaps if he writes about his churches in our Standard Bearer.

While Dr. Robert Schuller has always frankly disavowed the Christian doctrine of original sin, refused to clearly affirm the deity of Christ, said on the Phil Donahue show last year that the way to get to heaven is “Turn to God and He will tell you how to get to heaven,” and admittedly tells his audiences only what they want to hear, his ministry is supported by many American evangelicals, including Billy Graham and Harold Lindsell. Dr. Schuller is on the advisory board of Christianity Today Leadership magazine and heads the Robert H. Schuller Institute for Successful Church Leadership.

Pastor of the Crystal Cathedral, in Garden Grove, California, and creator of the television program Hour of Power, which is seen by three million viewers in the United States and Australia, Dr. Robert Schuller claims that he is the most widely known churchman in America.

. . .Religion at present, particularly evangelical Protestantism, he believes, rests upon embarrassing the sinner by fostering shame and fear as the lash of redemption. He means to accent the positive.

“Self-esteem is the central verity, the north star, the central mark of the emotionally healthy person. That is why I talk against failure so much. Failure is an ego blowout in heavy traffic in the public eye.”

Health, not sin, is the standard to gauge the upright life. . . . He agrees with William Sloane Coffin that the church should be involved in the dissolution, as well as in the making, of marriage. He has even conducted a church divorce. . . .

High over Orange County, Schuller knows he’s effective. He is excited about “what I have going here.” After 30 years of preaching, he says, “I have my act together.”

“If there’s one thing I hear over and over in the United States and Australia, it is, ‘Dr. Schuller, you saved my life.’ It’s always the same words. We’re trying to give hurting people a look, a word, a touch, a healing touch that makes them think, ‘Maybe I’m lovable after all.’ So that’s why I use my little phrase, ‘God loves you. So do I.’ “

What a difference between this man and the apostle Paul! Said Paul, “For I determined not to know anything among you, save Jesus Christ, and Him crucified” (I Cor. 2:2). I would dare say that Dr. Schuller would neither have his Crystal Cathedral nor his “Hour of Power” long if he presented only that same message.

Calvinist Contact, December 18, 1981, writes of the attempt of various schools in Canada to gain support from the government:

What do Jews, Christians and Catholics have in common? Very little, we would think. Yet when 80 men and women from this range of religious beliefs came together for a two-day meeting, they were able to agree on an impressive set of educational principles.

On November 23 and 24 about 80 representatives from Christian, Roman Catholic, Jewish, Seventh Day Adventist, Montessori and Waldorf schools locked horns, determined to agree. They came up with “Principles of public rights and public responsibilities.”

The article continues by explaining how this group intends to try to gain funds for the child rather than for the schools. It seems strange, however, that a group like this can have a common cause. One would be inclined to think that a Jew, Catholic, and Christian would have nothing in common. Surely II Corinthians 6:14applies: “Be ye not unequally yoked together with unbelievers: for what fellowship hath righteousness with unrighteousness? And what communion hath light with darkness?”

And though one sympathizes with the argument that all pay taxes for the education of children, but parents who send their children to Christian schools must pay a second time, yet to gain governmental assistance seems likely to mark the end of distinctive Christian education. In what enterprise has the government ever become engaged that it has not also sought control? If these schools gain their objective, they may soon rue the day that this occurred.

The Horrors of Abortion

Many writers have pointed out the terrible sin of murdering the unborn. The Banner of Truth, December, 1981, quotes from an article which points out some of this:

Basil the Great (c. 330-379 A.D.) was an influential “Church Father,” which is to say, a leading scholar of the Post-apostolic Period.

Ecclesiastes 1:9 tells us “there is no new thing under the sun.” The problem of abortion has been a matter of deep concern at various times in Christian history. Hear Basil on the subject: “A woman who deliberately destroys a fetus is answerable for murder. And any fine distinction as to its being completely formed or unformed is not admissible.” Simply put, but unmistakable: A baby at any stage of its development is a baby. . . .


. . .In the old heathen days, people offered their children (to idols) with tears and lamentations. Today, the baby’s life is sacrificed, sometimes with emotional trauma to its mother, but without any idea of making a valuable offering to a god. In the old days, the baby’s life was regarded as a sacrifice of ultimate worth. Today, the baby has absolutely NO value and NO rights—until it reaches that magic state of development when a “product of conception” MUST be recognized as a little human being—a BABY.

The above serves again as a reminder of the terrible sin committed in the land. Let it be heard loudly and clearly: we condemn this act of murder and could well consider it, as the above article did, as worse than idol sacrifice. 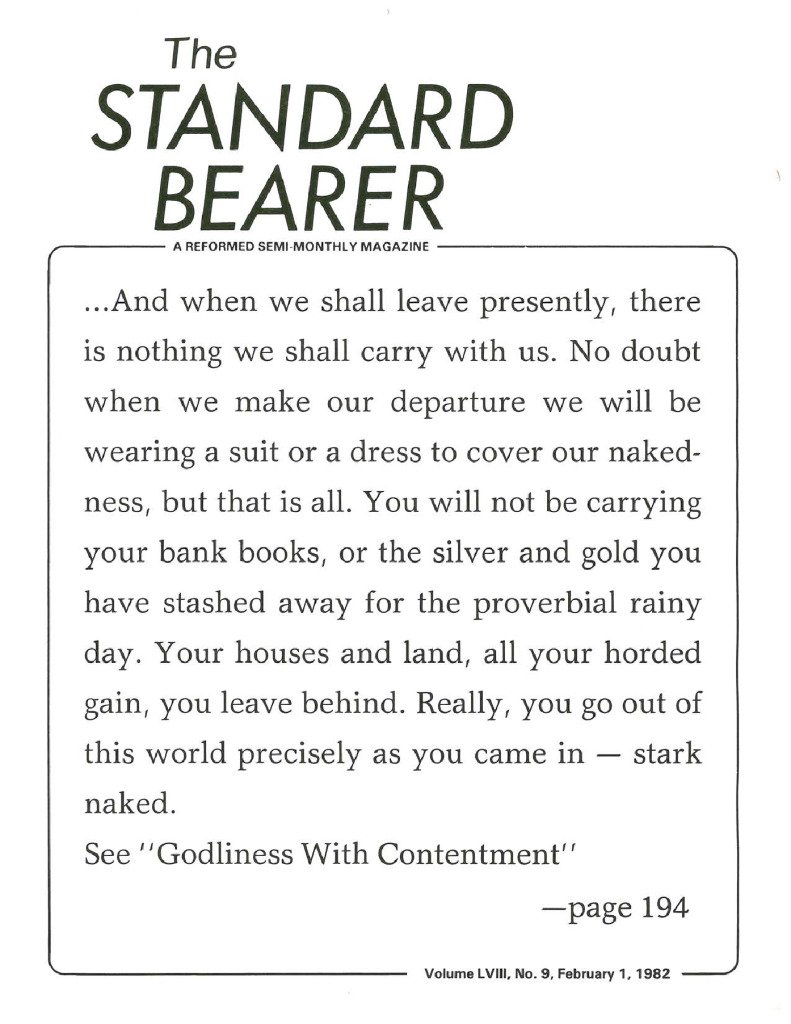